The rollout of a new meal at McDonald’s probably doesn’t seem like the type of thing that would excite most people. But when the new meal is a brand partnership between the Golden Arches and South Korean music group BTS, people get really excited.

Part of the McDonald’s’ Famous Orders campaign that was introduced in February 2020, the BTS Meal – 10-piece McNuggets with sweet chili and cajun dipping sauces, fries, and a Coke – launched in late May and will come to Singapore’s sunny shores on 21 June.

Unlike the two preceding Famous Orders collaborations – with rapper Travis Scott and singer J Balvin – the BTS Meal is a global event rather than exclusive to the United States, and will be served in nearly 50 markets.

When planning a worldwide launch in partnership with a world-famous band that has an extremely engaged fanbase, McDonald’s knew that its approach to promoting the BTS Meal needed to be different from business as usual. To do this, McDonald’s and its agency, Wieden+Kennedy, took several pages from the BTS playbook, impressing both fans of the group, called ARMY, and marketers around the globe.

Here are the lessons marketers can apply to their own campaigns – whether they’re with BTS or not.

Every marketer knows that authenticity is the number one ingredient for a successful brand partnership. McDonald’s went so far as to make the ideal the center of their Famous Orders campaign.

Vicki Chancellor, the U.S. Franchisee Marketing Committee Chair for McDonald’s put it this way to Rolling Stone: “We look for artists who are true fans of our food. That authenticity is key,” and other McDonald’s marketing executives have reiterated this, emphasising that the celebrities tapped for the campaign have a favorite McDonald’s order, just like anyone else – and that by sharing their order, people feel more connected to them.

In the press rounds the McDonald’s team has done to promote the BTS Meal, many have made it a point to mention that the seven members of BTS were involved with the development of the entire campaign, from the meal to the creative.

Though some may be surprised that a music group is so involved in planning a campaign, it’s not a departure for BTS, who has famously made sincerity a cornerstone of everything they do, from communicating with fans to their partnerships. In the past year, that list includes online game MapleStory, which they grew up playing, artist James Jean, whose exhibitions BTS members have visited, and Louis Vuitton, the fashion house helmed by designer Virgil Abloh, whose streetwear they have donned for years.

By working with BTS, McDonald’s joined the exclusive list of partners who benefit not just from the group’s global celebrity status, but from their authentic enthusiasm for the collaboration.

Tailor your content – and its roll-out – to your audience

Though many elements of the BTS Famous Orders campaign are similar to the mechanics of the campaigns for Travis Scott and J Balvin – which both came with splashy commercials and merch drops that mirrored the artists’ personalities and aesthetics – McDonald’s went the extra mile to appeal to, and impress, ARMY.

When speaking with Rolling Stone, U.S. chief marketing officer Morgan Flatley detailed the campaign for the BTS Meal, which includes two merch collections and exclusive behind-the-scenes content on the McDonald’s app, and said, “We took inspiration from a K-pop song release — mimicking the build-up to a new single… Between our April announcement and the BTS Meal hitting restaurants, we’ve had a steady rollout of content on  social.”

What’s more, the burger brand has adopted characteristics that identify someone as ARMY on social media, such as adding a superscript “7” to their display name, and has followed in BTS’s footsteps by sharing a variety of behind-the-scenes and meal-exclusive activations across social media channels. These work as added value while also keeping ARMY engaged throughout the campaign.

Localise as much as possible

A successful global campaign requires lots of planning and a heavy dose of flexibility – something McDonald’s knows well. It’s no secret that its menus vary around the world, adapted to suit the palates and preferences of the local population.

Though the BTS Meal is largely the same the world over, what does change are the local marketing efforts, which have to align with country-specific regulations and requirements, and must follow strict approval processes. To ensure the campaign met all of these regulations as smoothly and quickly as possible, McDonald’s focused on communication between global, regional, and country leads.

The result of that can be seen on social media, where ARMYs have shared their experiences purchasing the BTS Meal. They’ve highlighted McDonald’s locations in South Korea decorated with balloons and streamers, franchises in Morocco that played BTS music, and outlets in India that delivered bonus gifts such as flowers or balloons along with a note with lyrics from BTS songs to the first customer to order the BTS Meal. McDonald’s crews are getting in on the action, too – teams in the Philippines created a TikTok dance challenge and have posted videos of themselves dancing to BTS music while at work.

These efforts highlight the different ways McDonald’s locations around the world approach marketing as well as customer experiences – and were made possible because the team at McDonald’s understood the importance of letting its outlets reach their local audiences in the ways that work best.

Agility can be hard for multinational corporations to master, but when it came to partnering with BTS, it wasn’t for McDonald’s. During an interview with Billboard News, the BTS members were asked if their McDonald’s meal came with photocards – a bonus inclusion found in their albums that are often treated as collector’s items. On the spot, Jin pulled out his phone and pretended to call McDonald’s to request photocards.

Two days later, an announcement was made on Weverse Shop, an ecommerce app operated by HYBE, the entertainment company that manages BTS – photocards would be included with every BTS x McDonald’s merchandise order. 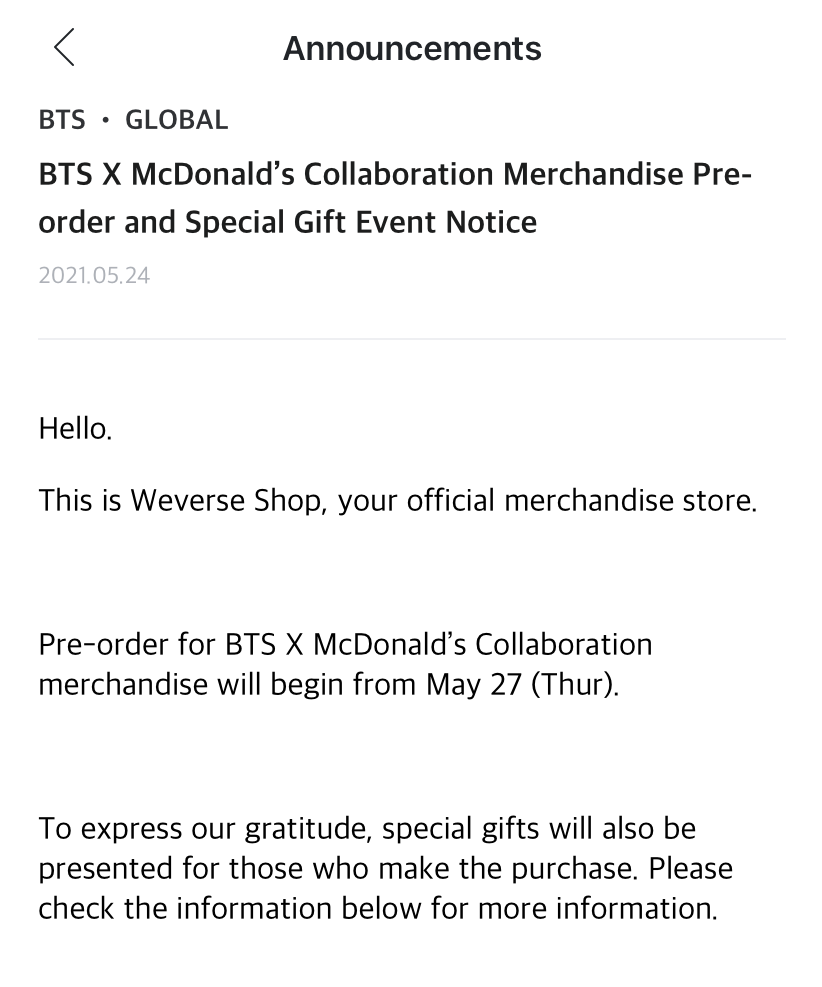 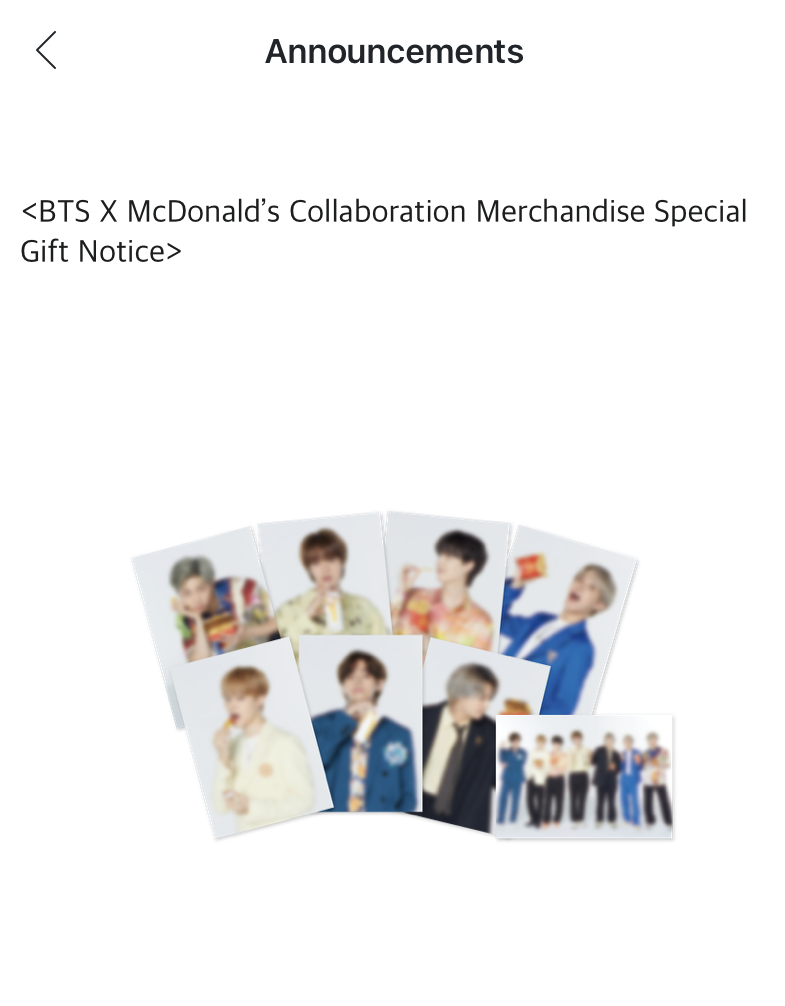 What’s more, the head of social media for McDonald’s tweeted on his personal account that the photocards were not planned, highlighting how McDonald’s, BTS, and HYBE worked together fast to produce the collectibles.

Though there have been bumps along the way, overall, the BTS Meal rollout has been a resounding success, and is a masterclass in the importance of knowing how best to work with a celebrity partner and activate their audience.

You can be sure that everyone involved is lovin’ it.

Looking to plan a stellar brand partnership campaign? Give us a shout at [email protected] – we’re more than happy to help.

This article was first published in WARC.