Cultural appropriation is a big problem in design that gets tied up with political issues all the time. However, there is nothing political about it in essence, and businesses need to know this.  In today’s multicultural world, we are continuously exposed to different cultures from around the world. . We get to try new meals, different kinds of art and music, different kinds of apparel, and even different kinds of furniture. Then there are cultural fusions, which are influenced by a variety of cultures and come together to create something amazing.

This melting pot of cultures provides a fertile ground for small businesses. Most businesses profit from new markets or opportunities created by the diverse cultures we encounter on a daily basis. However, this is where issues around cultural appropriation come into play. What is permissible for a firm to do and what is not?

What is cultural appropriation?

Cultural appropriation is a one-sided process in which a person or a corporation profits from the culture of another group without gaining permission or giving something back in return. It may have an impact on cultural groups’ ability to manage the upkeep, protection, transmission, and expression of their cultural legacy. This can have serious consequences for the cultural group’s economic health and well-being.

Some people attribute personality traits or cultural practices to countries, faiths, or cultures, which is both insulting and harmful. National borders have little to do with cultural behavior, and we should never assume that a person’s nation of origin, language, or physical appearance corresponds to their personality. The truth is that there is no simple solution to avoiding inappropriate communication or cultural bias. Problems come when we reduce any object–a robe, mask, or headdress–to a nice thing without investigating its meaning and symbols.

Some examples of cultural appropriation in design 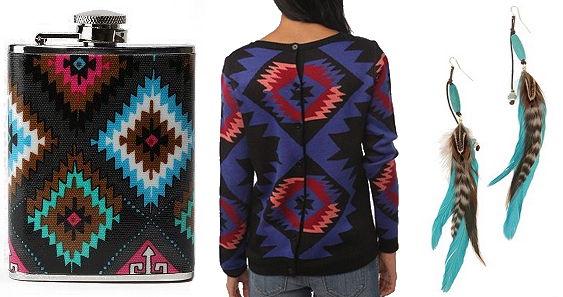 Urban Outfitters is a brand that has made a number of cultural appropriation mistakes over the years. The “Irish I Was Drunk” tee, for example, was intended for St. Patrick’s Day but ended up fueling damaging preconceptions about Irish people. Another example was the Kent State sweater, which was pink and smeared with a red ink that resembled blood. This was extremely offensive because it alluded to the Kent State Massacre, in which three people were killed while opposing the Vietnam War.

However, the brand’s biggest misstep was its  “Navajo” line of clothing that was released in 2012, which stole Native American images made by the Navajo tribe. Labeled Navajo, the line included sweaters, pullovers, t-shirts, undergarments, earrings, socks, tunics, flasks, totes, and gowns that featured these graphics. The problem with all of this, and where the corporation went wrong, is that they are profiting off of stereotypical Native American designs, with no regard or consideration for the communities that generate them, which led to the Navajo tribe filing a lawsuit against them.

Image via The Mahjong Line

One American corporation found itself in deep trouble after being accused of “whitewashing” the game. Based in Dallas, Texas, The Mahjong Line, which was created by three young white women in November 2020, issued an apology after its new version of the game was criticized, not just for its high price tag — some sets sell for as much as $425 — but also for its poor design. The removal of traditional Chinese numerals and symbols that are traditionally featured on the tiles and their substitution with imagery such as bars of soap, cherries, and sacks of flour sparked outrage on social media, with many accusing the creators of cultural appropriation.

Rather than starting with the tradition of Mahjong and using that information to develop something new, The Mahjong Line aimed to create a set that appealed to the “gal” (it’s what they call their audience), but all it did was whitewash  a piece of the Chinese culture and claimed it was something new and stylish.

How can I keep my brand from being guilty of cultural appropriation?

Consulting people who are well versed in the culture you want to incorporate design from, or hiring the artists from the tribe to create designs for your brand would ensure that the designs were unique and not plagiarized for profit.

It is critical to ensure that your work respects various cultures in order for it to be successful. When in doubt, use this handy checklist:

Curiosity is at the heart of design. Context is important in design. You’ll know not to mess with something if you know what it is.

Want advice on how to create cool designs? You’ve come to the right place: [email protected]