This week CNN announced that it has acquired shortform video app, Beme – the product of a collaboration between ex-Tumblr(er) Matt Hackett and filmmaker Casey Neistat. Never heard of Beme? You’ll be forgiven. Despite a promising kickoff, the video messaging app (akin to Snapchat) never achieved widespread appeal and suffered a ropey adoption curve.

The acquisition (reported to be $25 million USD) represents a logical skip-jump for CNN, who have come along way from their broadcaster roots to become a 24-hour global multi-platform network, and a consistent adopter of new mediums. In an age where anyone with a smartphone can become a news correspondent, it was only a matter of time before a global network like CNN dipped its toes into shortform video.

What seems clear though, is that CNN is really buying Casey Neistat, the filmaker turned vlogger who regularly draws over 20-million views to each of his daily vlogs and, who arguably changed the entire vlog medium by bringing a filmmaker’s lense to a disposable, low-fi format.

Here are four key PR lessons you can learn from Casey Neistat:

Neistat leads a successful tech company, yet he talks to his audiences through channels and forms that they understand and can connect with. When Beme started having technical issues, rather than a smoke and mirrors approach to hide his company’s shortfalls, he was open and sincere about the mistakes. As a result, he was able to build greater trust and buy-in from the public and key stakeholders.

2. Trust a influencer’s integrity – it’s what makes them valuable

With nearly 6-million subscribers, Casey inevitably monetises his activities with brand partnerships. However this doesn’t mean Neistat becomes a starry-eyed spineless brand ambassador. Instead he’ll often work closely with brands such as Apple or Canon, only to criticise the products, albeit in a constructive and level-headed way.

Working in PR, we often bang our heads in frustration when a story hasn’t gone quite the way we planned, or didn’t even land at all. But it’s the influencer’s ability to speak honestly about products that separates the role of PR from owned media and is precisely what gives it true value. Brands who understand this will always work with influencers like Neistat, respecting their unswayable integrity, rather than treating them like glorified infomercials. 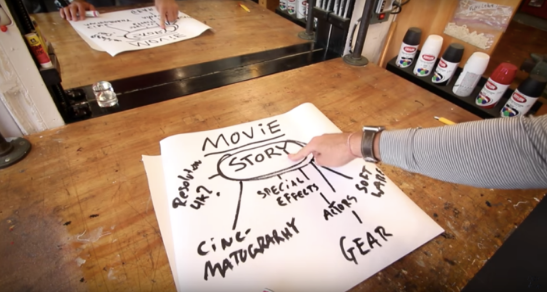 Neistat hammers this home with every video he creates, from ads with Nike, to vacation vlogs in Vietnam, to Beme itself. With a growing emphasis on native and content-based advertising, it seems that many marketers get distracted by the medium over the message. In essence though, nothing has actually changed. Storytelling is and always will be the most crucial element – irrespective of platform, medium or screen.

PR’s value-add is its ability to really understand the audience and convey a story to audiences with unparallelled authenticity and sincerity. Consumers and the media are now more savvy, discerning and BS-resistant than ever before, so make sure your story is compelling, interesting and not just a sales pitch.

Neistat’s usual topics cover technology, gadgets, filmmaking and storytelling. However, on a few occasions, Neistat has stepped off-piste into commenting on areas outside his usual content, such as the US election. He was met with quite a violent backlash from the YouTube community who didn’t appreciate him stepping off his impartial boosted-board. 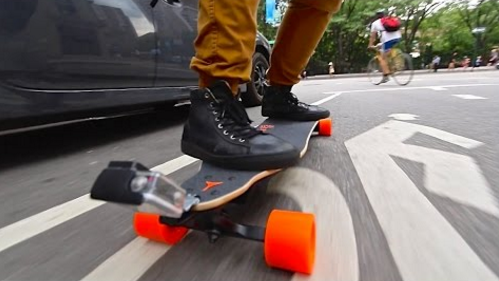 So what’s the lesson? Make sure you understand where your area of knowledge lies and stick to it. The media may often look for outsiders to comment on subjects outside of a spokesperson’s field, either to offer a fresh perspective or draw them out of their comfort zone. Succumb to the temptation to enter another arena – even slightly – and you risk alienating your brand, diluting your core messaging or, at worst, diving headfirst into a PR disaster.

As a hybrid of consumer, creative agency, tech evangelist and influencer, Casey Neistat has made more impact on the content marketing ecosystem than can fit concisely into this blog, and nothing says this more than CNN’s latest purchase. It’s certainly an exciting time to be in content marketing and PR.

If you need help spreading your brand message, get in touch with us at [email protected]